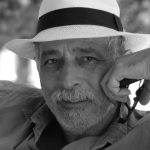 Fini is a renowned photographer. His photography book “Portrait of Latin America” was published in 1990 and exhibited at the Bath Royal Photography Society. He is the author of Arts and Crafts of South America as well as co-writer on Dictionary of Cuban Music. He is a Latin Music producer and managing director of the label Tumi Music, based in the UK. He has produced and directed over 100 short video clips in Cuba for over 30 years, with musicians like the Buena Vista Social Cluband Candido Fabre . In 1993, together with Zadoc Nava, he made the documentary “Qero’s, The Last of The Incas”, in the high land of Peru.

Edesio Alejandro member of the Grammy and Latin Grammy academy is one of Cuba‘s most renowned music composers and producers, composing music for theatre, TV, cinema and concerts. He has also produced numerous Films, Documentaries, Music Videos, CD`s and Rock Opera. He produced for Scatmans John, Gladys Knigth, ‘NSync, Steve Tyler, Britney Spears and Jhonny Ventura. He have tree Grammy nomination and is member of the Academy of Motion Picture Arts and Sciences of United States and the Academy of Arts and Cinematographic Sciences of Spain. He is currently finishing a documentary on one of Cuba’s legends, Adriano Rodriguez “La musica es mi respiracion”. 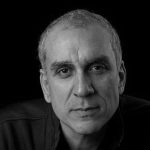 Zadoc Nava is a film producer based in London. He has just produced Mitra Tabrizian’s debut feature film GHOLAM (Platinum Remi Award for First Feature, Houston International World Fest, 2017) starring Shahab Hosseini (winner of Grand Jury Best Actor prize at Cannes 2016 for his role in Asghar Farhadi’s Oscar-winning The Salesman). www.gholamfilm.com. Zadoc was chosen to participate in Berlinale Talent (2017), longlisted for the BIFA Discovery Award 2018, and included on the Film London/Evening Standard LODESTAR inaugural list of 25 of London’s most promising filmmakers and creative talents (2019). In the past, Zadoc has directed numerous shorts, documentaries and commercials and his photographic work has been exhibited and published widely with solo shows in UK and Ireland. 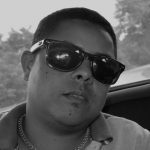 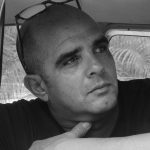